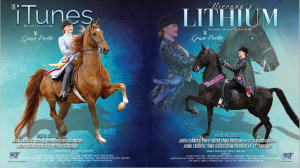 Grace Porter, a senior football and competition cheerleader at Dayton Christian School, can now add the words “world champion” to her resume when applying for colleges.

Grace and her horse Nirvana’s Lithium, affectionately known as “Batman” to Grace, is also now a world champion.  Grace and Batman had to perform a series of tasks and requirements to take part in the County Pleasure division, not to mention winning the requisite shows previous to this one to be allowed to compete.

“My horse and I have to be able to, for example, do a flat walk, which is a slow, steady walk. Then we also have to do a trot where Batman’s knees are up very high and his chin is tucked in like a chess piece,” said Porter.

Grace hopes to continue in the sport after graduation because she enjoys the connection between the horse and rider.

Last year Porter placed seventh in this same event where she now holds the world title. 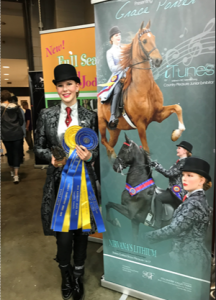