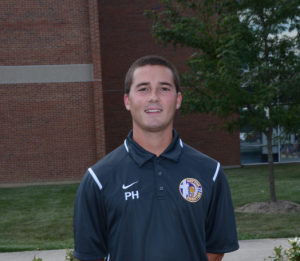 Holliday owns more than four years of soccer coaching experience including his most recent stint as the assistant varsity coach of the 2018 Dayton Christian boys soccer team that finished as State Runner-Up. Holliday is a graduate of Dayton Christian High School and played collegiately at Huntington University.

“We are excited for Paul to lead our boys’ soccer program, and are confident he has the character, passion, and experience needed to guide our program as we compete within the Metro Buckeye Conference and the Southwest District,” said Ben Shroyer, athletic director at Dayton Christian. “We are thankful for the dedication and development of our players that former head coach Neil Craft gave to our program. The state title run we had this past fall was one for the record books!”

Holliday will be joined by long-time assistant varsity coach Scot Alexander, and is searching for another assistant coach to serve on staff.

DC parents and students will have the chance to meet with Coach Holliday and the boys soccer coaches regarding the 2019 season at a meeting on Monday night, March 25 at 6:30 p.m. in the school’s Building A auditorium. Holliday said he is eager to step into the head coaching role and to continue to push the boys’ soccer program further for Christ.

“These boys make it a true blessing to be their coach,” said Holliday. “Our goal as a team is the same every year: We want to compete to win a District title, and win the Metro Buckeye Conference, all while glorifying Christ. Proverbs 27:17 says, ‘As iron sharpens iron, so one person sharpens another.’”