We want to recognize the DC Warriors Girls Youth Basketball Program on the completion of their season! Below are season summary from each of the teams: 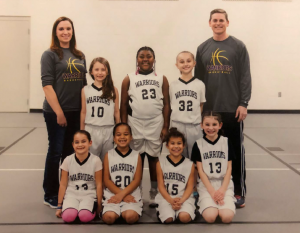 The 2nd – 4th grade girls’ teams successfully completed their second year of play in the Southwest Ohio Christian Athletic League. This year, our girls program experienced significant growth from last year. Fielding just one team with nine girls during the ’17-’18 season, this past winter provided enough girls (19) to field two teams!! With players experience ranging from the first time playing on an organized team to some with three years’ playing experience, both teams included a mix of players from both regular elementary and homeschool. 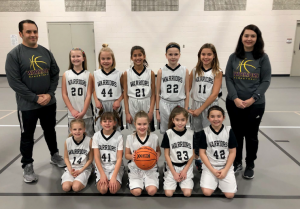 Over the course of the season, the girls not only learned how to play basketball, but also how to form new friendships and learn from adversity. Inside the leadership laboratory of the basketball court, the girls learned how to overcome harsh words from opponents, celebrate with good sportsmanship, and how to apply lessons learned from the losses. The 2nd/3rd grade team finished fourth in their league with a final record of 3-7. The 3rd/4th grade team, finished third with a final record of 4-6. To celebrate the season, the two teams enjoyed a pizza party at the school. The overwhelming consensus was positive and everyone eagerly looked forward to the completion of the Warrior Center so that the girls can hit the courts and start preparing for next winter! 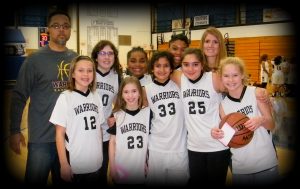 It’s hard to believe the 5/6th grade girls’ basketball season has come to an end! What a wonderful time they had playing the sport of basketball & bonding together as a team. The girls worked hard and played hard, becoming better basketball players each week. Many of our girls had never played basketball before. This was our first season as a team playing together as well. With the help of two seasoned sixth graders we came together to form a unified team. At each practice, the girls worked diligently, mastering the fundamentals of basketball. By the end of the season, the girls had built great chemistry and honed in on many of their skills. Our girls played in the Kingdom True-Rec League which was much more competitive than expected. The girls rose to the challenge and learned quickly how to play tough! The coaches loved seeing the girls develop better accuracy in the fundamentals of basketball and watching their personal accomplishments each week. We all look forward to seeing how the girls develop as athletes in the sport of basketball next year!