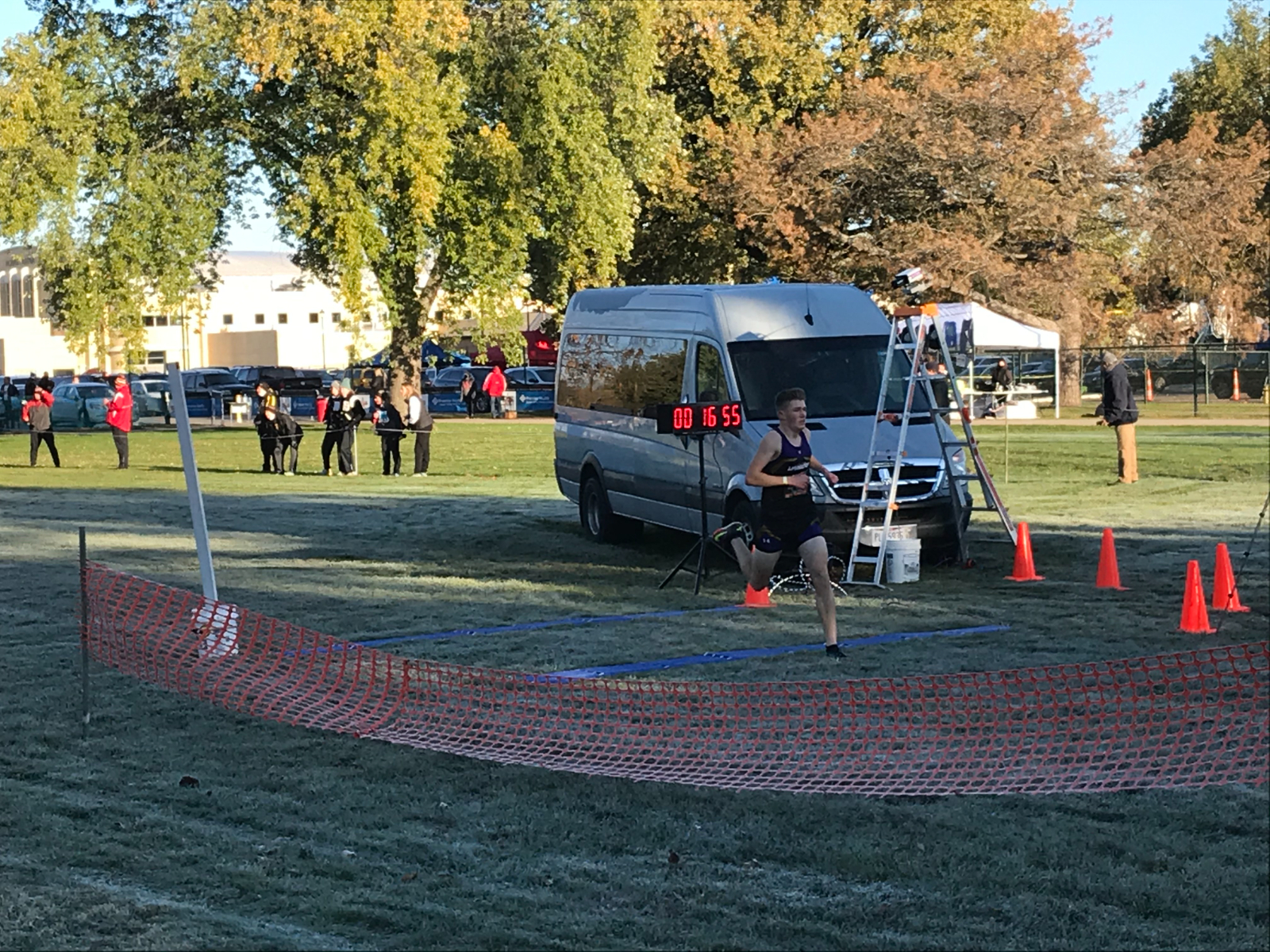 Miamisburg, Ohio (November 4) –  Dayton Christian School junior Seth Thompson has qualified for the OHSAA Division III boys cross country state championship meet in Obetz, Ohio on Saturday, November 7.  It is a feat that no one could have predicted just months ago.

The fall 2020 season was Thompson’s first on the cross country team.  He didn’t endlessly train in the months leading up to the season as most state-bound runners would be expected to do.  In fact, cross country isn’t even his sport of choice.

Thompson’s true love is soccer. He plays center-attacking midfielder for the Warriors where he contributed 8 goals and 14 assists this year and was named first team all-conference for the Metro Buckeye Conference.

However, there was a point in late summer where it was a question if fall team sports would actually happen due to pandemic restrictions, so Thompson decided to make a contingency plan.

“Due to COVID-19, I was worried that the soccer season was going to be canceled this year, and so I was looking around for secondary sport,” said Thompson.  “It was more of a back-up plan.”

Turns out, it was a very good plan.  Throughout the season, Thompson won several races and never finished lower than seventh.  Then, last weekend, he turned in a time of 16:55 and placed sixth at the regional meet, a time that puts him in the top 25 in the state.

Admittedly, it is rare for an athlete to walk on to a team and advance to state in his first year, especially one who hasn’t logged seasons’ worth of miles training for the rigors of long-distance running – or for that matter –  one who is trying to compete in two sports simultaneously.  But Thompson and both his coaches have made it work.

“It helped that my cross country coach understood that cross country was my second sport,” said Thompson.  “He encouraged me to run on my own when I wasn’t able to attend practices.”

His natural athleticism and soccer training helped propel him to the finish line early in every race.  And it certainly helps that he loves to run.

Most importantly, Thompson understands that cross country is a sport that demands mental toughness.

“It takes a lot of mental strength, not just physical strength,” said Thompson.  “You can be a good athlete and perform well, but if your head isn’t in the game, you won’t perform at your peak level. A lot of running is just mental toughness. Your body may be telling you that you’re tired or in pain, but you just have to be able to mentally push through that.”

That is exactly what he plans to do on Saturday at the state meet when he hopes to beat his personal record and finish in the top twenty. 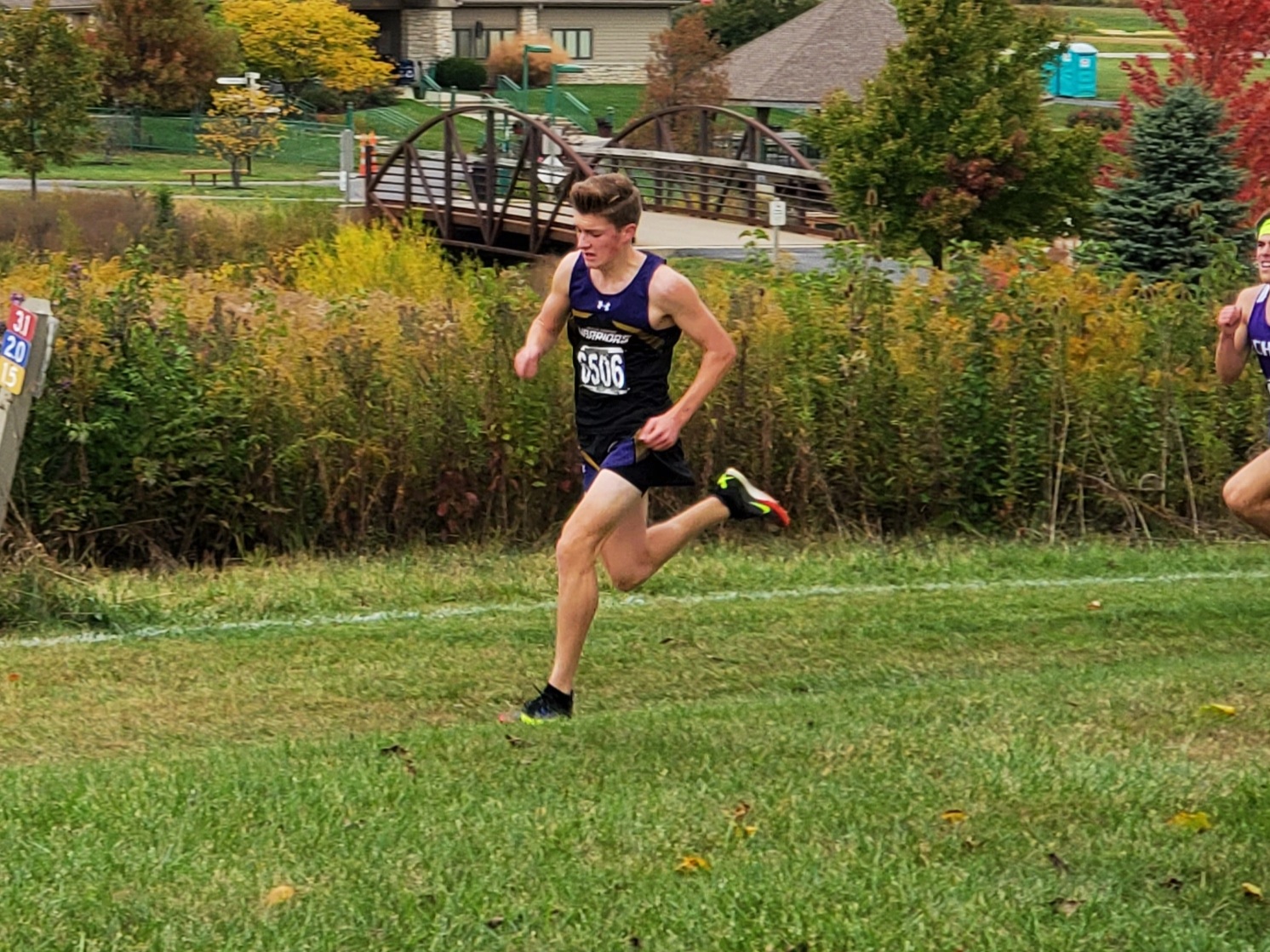 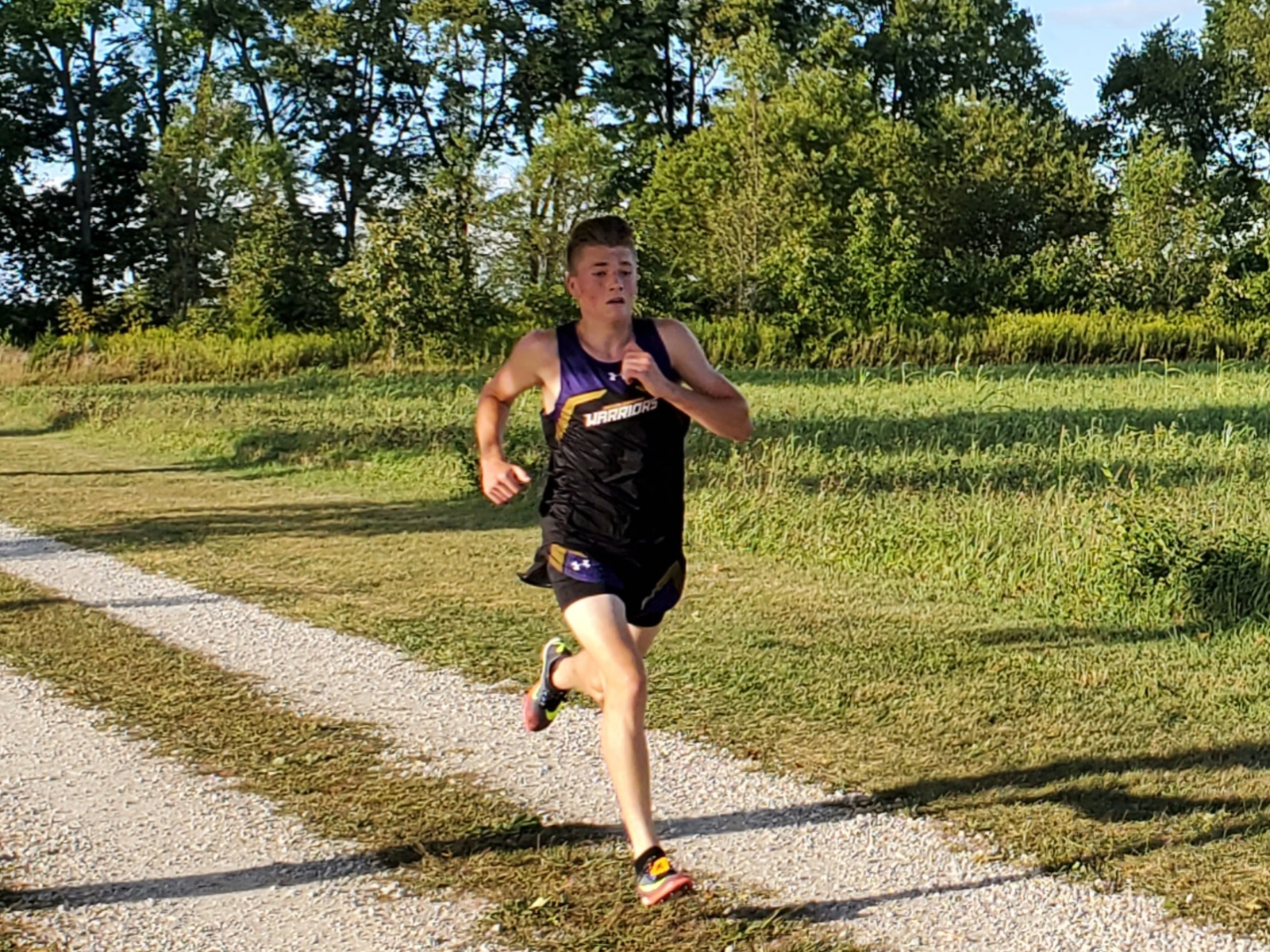