Dayton Christian Athletics announced its Hall of Fame Class of 2020, which features seven individual honorees and two teams that will be inducted into the Hall of Fame.

“This is another excellent class of Hall of Famers,” Ben Shroyer, Dayton Christian Athletic Director stated. “We have inductees who are state champions, school record holders, an All-American, a national coach of the year, and two teams that won Dayton Christian’s first regional and state championships. This class has not only excelled during their interscholastic careers, but also in life, as evidenced by their Christian testimony and accomplishments after graduation.”

“Due to the COVID-19 pandemic, we are disappointed that we weren’t able to officially induct the Class of 2020 into the Hall of Fame this past winter; but the Dayton Christian community looks forward to providing the Class of 2020 with a formal induction ceremony this December,” noted Shroyer. “Our plan is to provide the Class of 2020 and Class of 2021 with an outstanding event matching their exceptional achievements.”

Matthew Thomas ’82 (track and field) holds the distinction of being the first ever individual OHSAA state champion in Dayton Christian history, winning the high jump (6’6”) in 1982. He was a four-year varsity letter winner and captain of the 1982 state championship boys’ track and field team. Thomas held the school record in the high jump at 6’ 7.75” and currently serves as pastor at Generations Church in Brookville.

Ken Petty ’84 (cross country, track and field) holds the distinction of being the first individual cross country state champion in Dayton Christian history, winning the Class A title in 1983 (15:56) to go undefeated his senior season. Petty was a three-year cross country and four-year track and field varsity letter winner. He placed third in the 3200m (1983) and third in the 1600m (1984) at the OHSAA state track meet. Petty was a member of the 1982 state championship boys’ track and field team. After graduation, Petty ran at the University of Kansas, and served in the United States Navy.

Alvine Mendeng Nkamhoua ’00 (girls basketball) despite only playing two seasons at Dayton Christian, Alvine Mendeng left an indelible impact on the girls basketball program from 1999-2000. She averaged 18 points and 11 rebounds per game, while garnering all-state, all-district, and all-conference honors. Mendeng was a McDonald’s All-American Honorable Mention and ranked the 17th best player by Adidas. After graduation, Mendeng played Division I basketball at the University of Kentucky for a year and a half, then transferred to North Carolina State where she finished her collegiate career. Mendeng later played professionally for four years in Turkey, Israel, and Poland. From 2001-2010, she represented the Cameroon national basketball team.

Robert Hadick ’08 (boys soccer) was a four-year varsity letter winner and two-time conference player of the year. Hadick was selected all-district player of the year (2006), first team all-state (2006), and all-Midwest player of the year (2008). Hadick currently holds school records in the top 10 including, 33 career goals (9th) and 32 career assists (8th). After graduation, Hadick played Division I soccer at George Mason University for two years until an injury ended his career.

Cheryl Smith (cheerleading) head varsity coach for fourteen years (1985-1999). Smith led Dayton Christian competition cheerleading to national prominence, winning the 1994 and 1999 Fellowship of Christian Cheerleaders (FCC) national championship. In 1993, she received national FCC Coach of the Year honors. Smith was known for developing at least a dozen cheerleaders who went on to competitively cheer at the collegiate level.

The 1978-1979 volleyball teams are known for winning Dayton Christian’s first ever regional team championships (2) and state final four berths (2). In 1978, the volleyball team defeated Sidney Fairlawn (15-3, 6-15, 15-5) for the Class A Dayton regional title, finishing with an 18-5 season record. In 1979, the volleyball team defeated Bishop Fenwick (15-9, 11-15, 15-4) for the Class A Wright State regional title. The 1979 team lost in the State Final Four to Archbold, finishing the season with a 24-2 record. Both regional championship teams were led by head coach Sherrill Cressman and top players: Carol Helmick Horn and Linda Chadrick Lane. 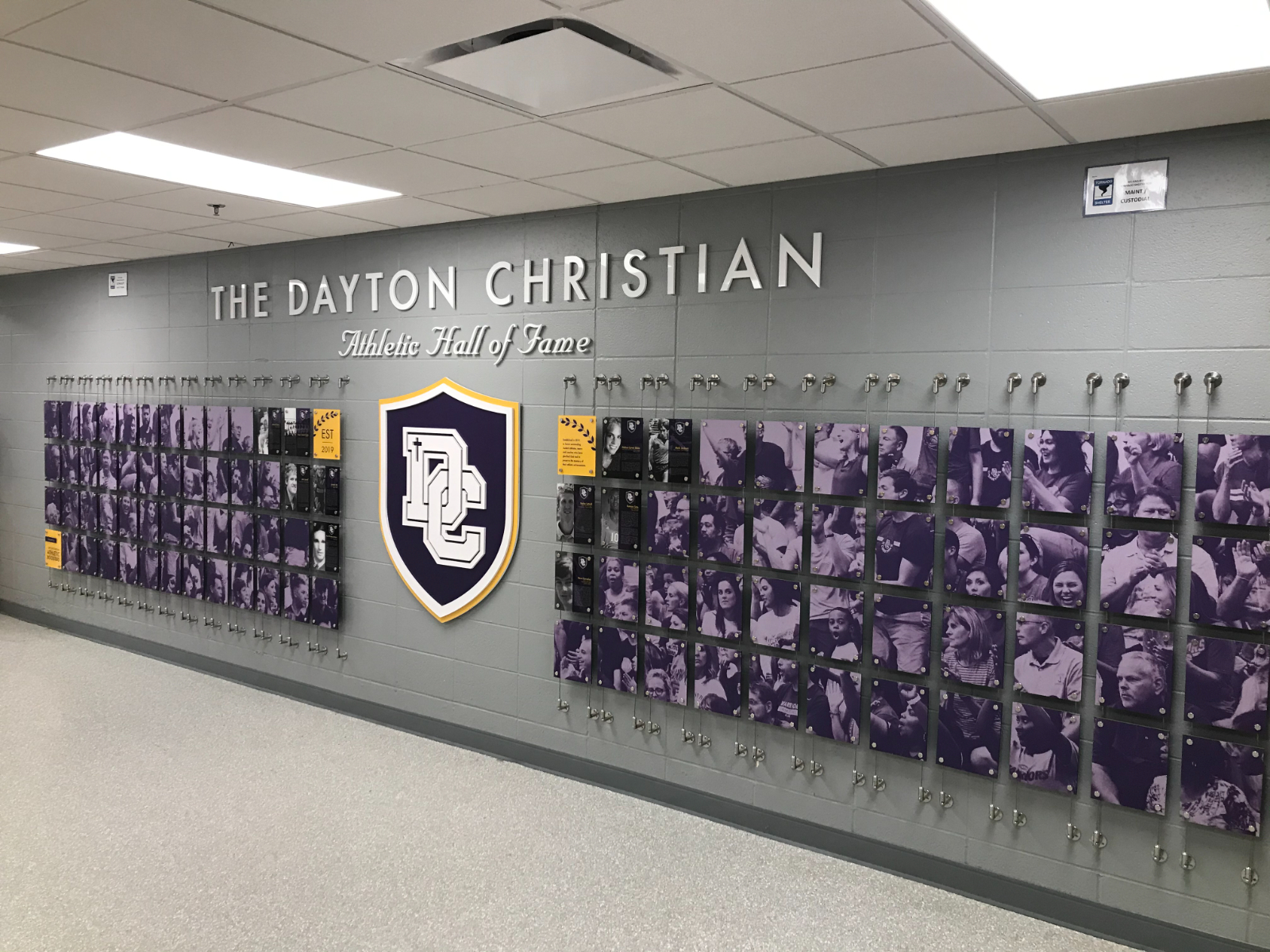 About the Dayton Christian Athletics Hall of Fame

The Hall of Fame was established in 2019 by the Dayton Christian Athletic Booster Club and Athletic Department. Committee membership provides a broad representation of the school’s administration, faculty, alumni, and athletic department.

The purpose of the Dayton Christian Athletic Hall of Fame is to honor outstanding student-athletes, teams, and coaches who have foremost glorified God and to preserve the memory of their interscholastic athletic achievements.

Nine individuals and one team was inducted into the inaugural Hall of Fame Class of 2019. Bios on all the current Hall of Famers can be found online, click here.

Online nominations for the Class of 2021 will open in September, with a formal induction ceremony scheduled for December 17-18, 2021.