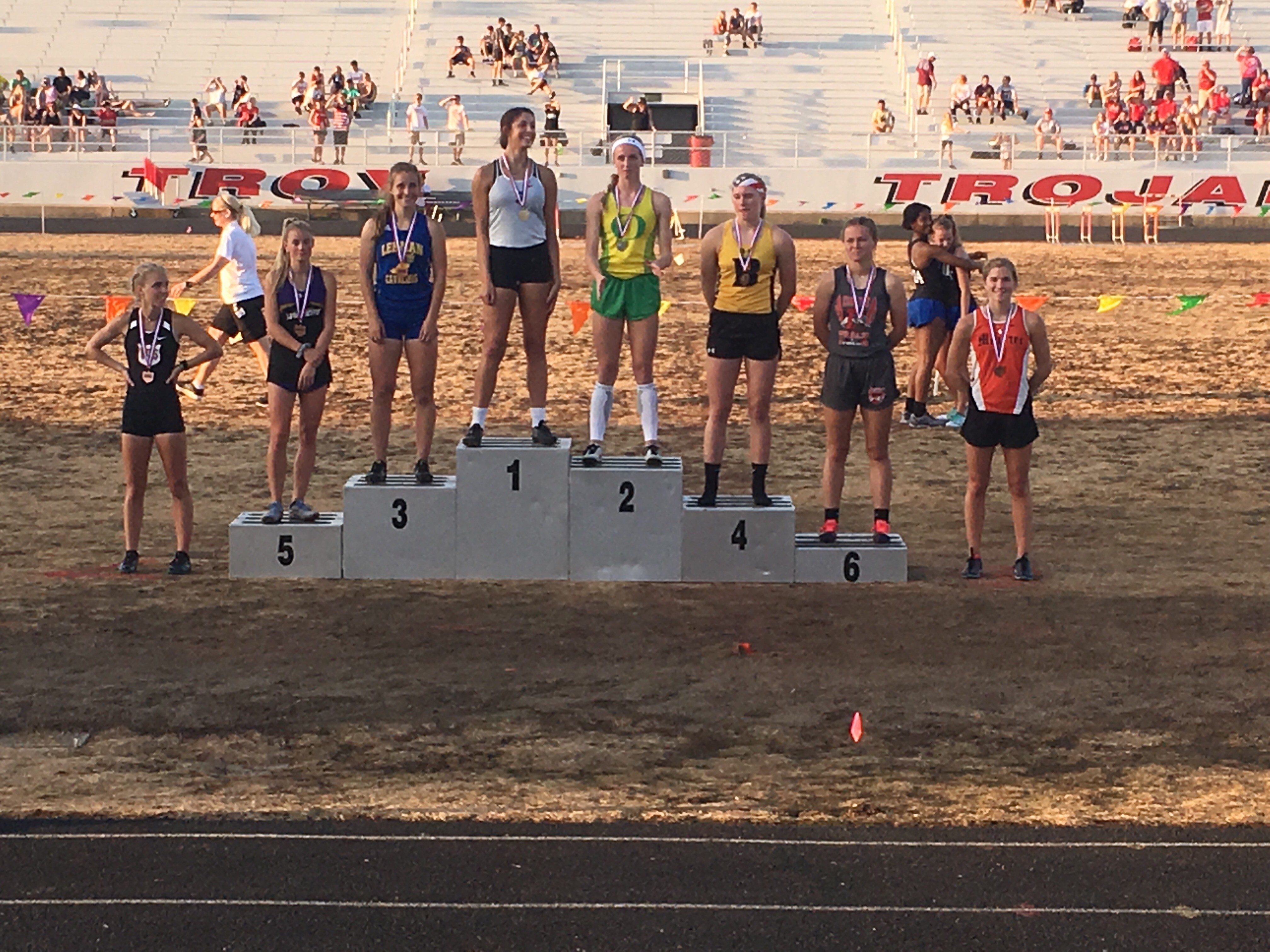 Two members of the varsity track team competed in Day 2 of the OHSAA D3 Regional Track & Field Championships in Troy. Aliisa James competed in the finals of the 300m Hurdles and Brianna Blake ran in the 800m Run finals.

Brianna finished 10th in the 800m run, running a new personal record of 2:27.10!! She was just 2.10 seconds off of the DC school record of 2:25 set by Mary Carr in 2012. Brianna had an incredible season coming back from injury to run at the regional championships as a sophomore.

Aliisa James finished 5th in the 300m Hurdles, running 46.90 (and was just 0.13 seconds off her own school record set last year). The top 4 finishers in each running event automatically advance to the state meet. But after all Division III regional sites (Troy, Lancaster, Massillon Perry, & Tiffin) across the state submitted their results and automatic qualifiers that night, Aliisa learned that she also qualified to the State meet as the next two best times across the state also qualify! Jesse Owens Memorial Stadium is a nine-lane track, which allows the state meet to select eighteen participants in each running event.

Alissa will run in the Division III State Track & Field Championships on Friday morning, May 31. Prelims of the 300m Hurdles begins at 11:20am at Jesse Owens Memorial Stadium. The top 2 finishers in Each Heat plus the Next 5 Best Times will advance to the finals on Saturday. Go Warriors!