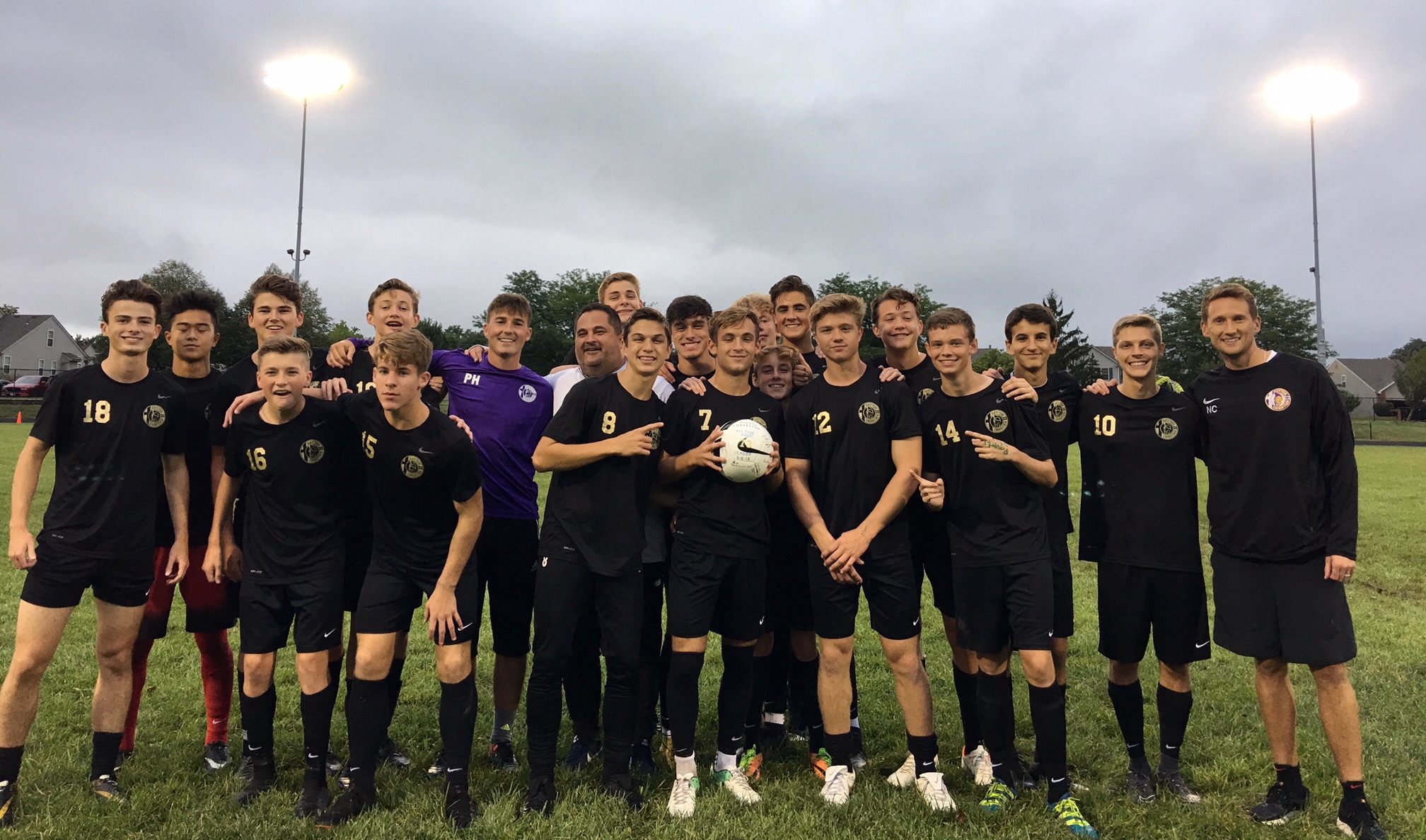 The boys soccer team extended their win streak to 7 in a row after Monday night’s 8-0 victory over Franklin-Monroe. It’s the first time since the 90’s the boys soccer team has started 7-0. Senior Mikey Smith led the way scoring 3 times in the match. He now leads the team and the Metro-Buckeye Conference with 11 goals on the season.

Prior to kickoff the team held a brief ceremony celebrating senior captain Noah Alexander on his career assist record. With 2 more assists added last night, his season total is up to 14 and his career number has reached 75.

The Warriors travel to their next two opponents. They are at Alter on Thursday at 7:00 and at Ottawa Hills (Toledo) on Saturday at 2:00.

The 2nd OSSCA state poll was released yesterday and the Warriors climbed one spot to #2 in Ohio for Division 3. It’s the highest ranking the team has ever achieved. Saturday’s matchup with Ottawa Hills will be #1 vs. #2 in a battle for Ohio.