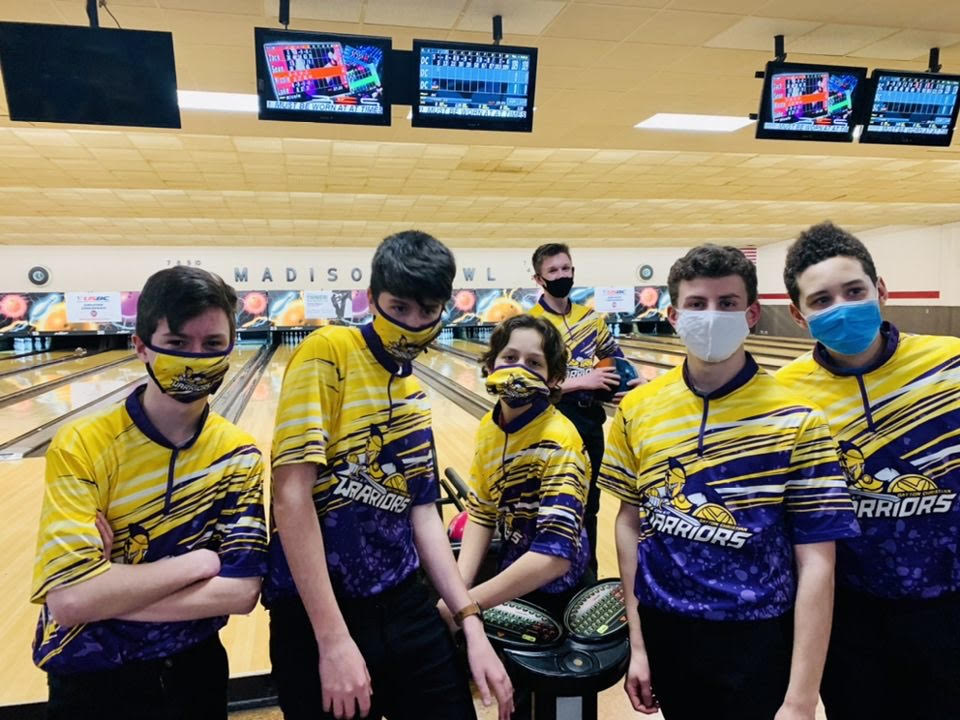 The Boys Varsity Bowling team competed against Summit Country Day School Tuesday evening at Madison Bowl near Cincinnati. It was a great night for bowling and the team showed a lot of heart even though the outcome wasn’t what we wanted!

Renzo Bartley led the way for the Warrior boys with a combined total of 294 pins over two games. Ethan Withers was next with a 240 over two games, followed by Abram Bailey at 217 and Noah Fuller at 199. Finally Clayton Rohrer bowled one game at 79 and Koen Ishmael bowled one game with a 142.

The team will travel next to the annual Baker Bash Tournament on Monday, January 18 at Beaver-Vu. Go Warriors!