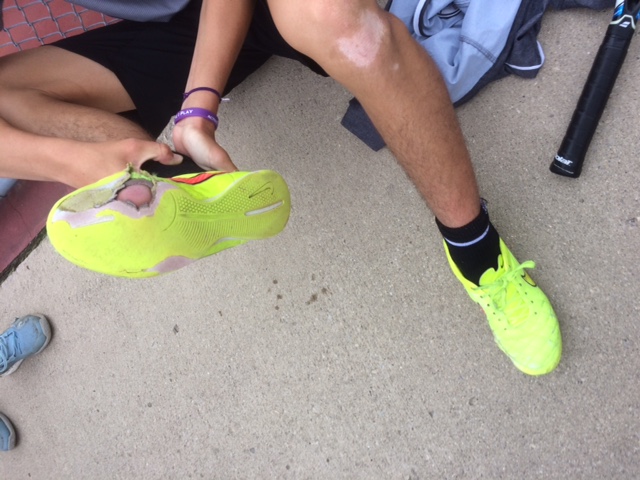 The varsity tennis team traveled to Eaton on Friday afternoon for their 19th match of the season. At doubles matches: Silas Thompson/Rachel Miller and Madelyn Keenan/Alex Sims all won in straight sets!! At singles matches: Rowan Calfee at #2 singles lost in straight sets. Seth Thompson at # 3 singles was also defeated in straight sets. Josh Erlandson, however, at # 1 singles, lost the first set then came all the way back winning the next two sets and secured a 3-2 victory for DC over Eaton! During the comeback, Erlandson wore a hole through his shoe and sock exhibiting the DC Warriors toughness and determination to win!

The Warriors now have a 17-2 overall record on the season. They play Shekinah Christian School next on Monday, May 6 at DC at 5:00pm. Go Warriors!