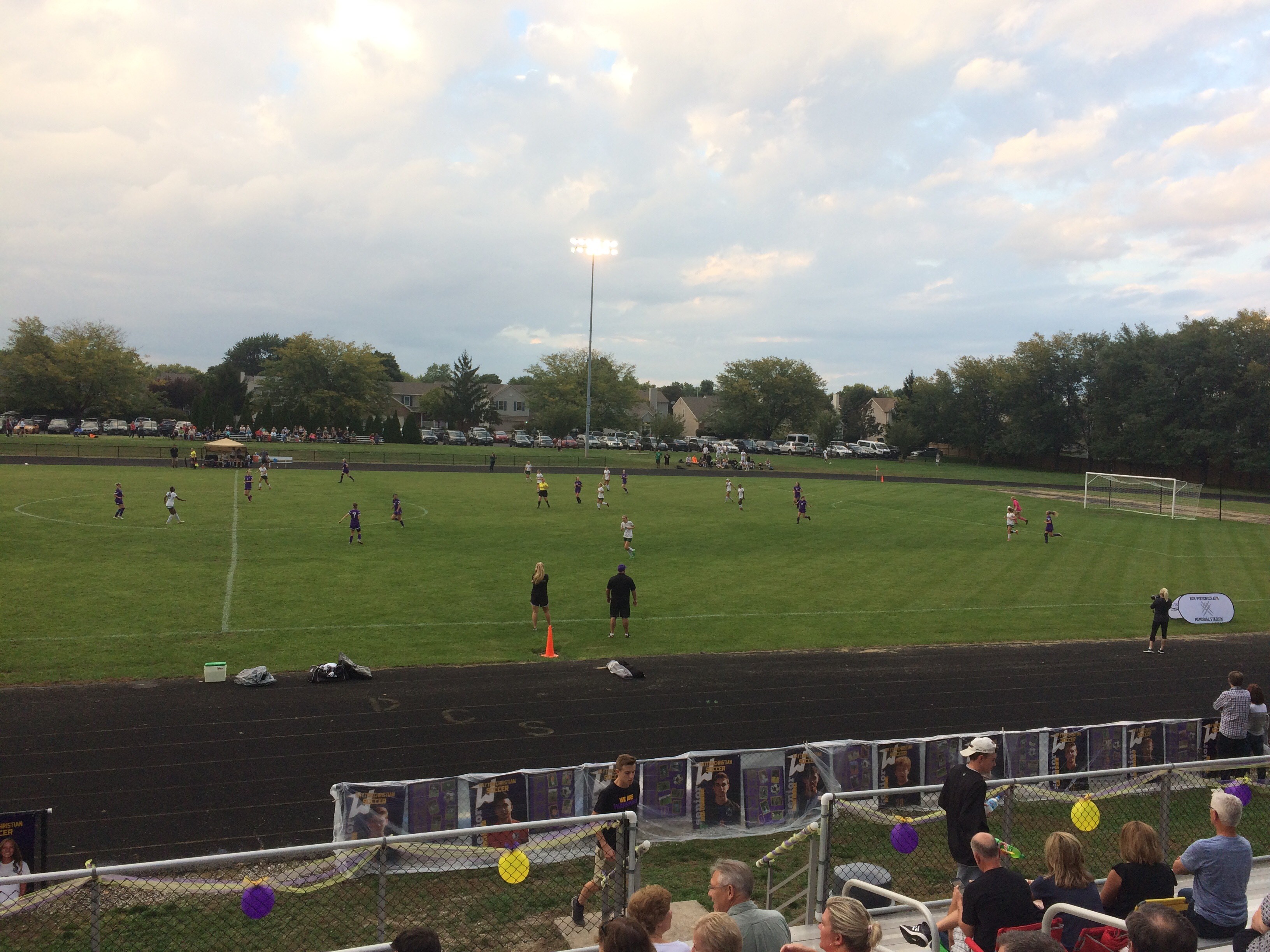 The Girls Varsity Soccer Team faced #7 ranked Hamilton Badin on Thursday night (Oct. 4) at Ron P Stadium. Lauren Collins scored an early goal for the Warriors in the 1st half for the Warriors to take an early 1-0 lead. Badin responded with a goal right before halftime to tie the game. In the 2nd half, Badin put two more balls in the back of the net, to defeat the Warriors by a final score of 3-1.

The girls final regular season varsity soccer game is next Tuesday night, Oct. 9 at Yellow Springs at 5:00pm. Tournament draws will be released this Sunday afternoon for the Warriors OHSAA D3 tournament game later this month.