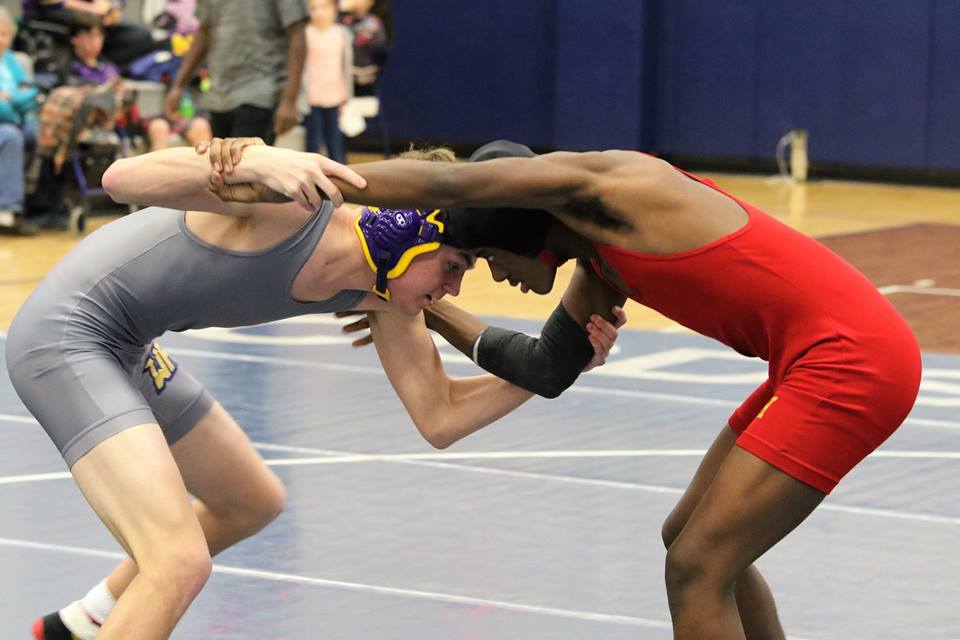 The varsity wrestling team finished their season today at the D3 Sectional Wrestling Tournament at Covington High School. Alex Starrett picked up a win for the Warriors today by pinning Andrew McKee of Northeastern, which earned the Warriors six team points. Starrett was then defeated by Lucas Moore of Troy Christian in the consolation semifinals. Starrett went on to finish 6th place overall in the 152lb. weight class.

Also, competing for the Warriors today was: Wesley Taylor (120) who was defeated by Peyton Whaley of Twin Valley South. Luke Evans also saw a defeat to Dakota Lay of Mechanicsburg in the third round of consolations. Joe Herman (285) wasn’t able to compete again for the Warriors due to illness.

As the Warriors season ends, they now look towards next season as no seniors are lost to graduation and a few in-coming freshman will join the team. Go Warriors!