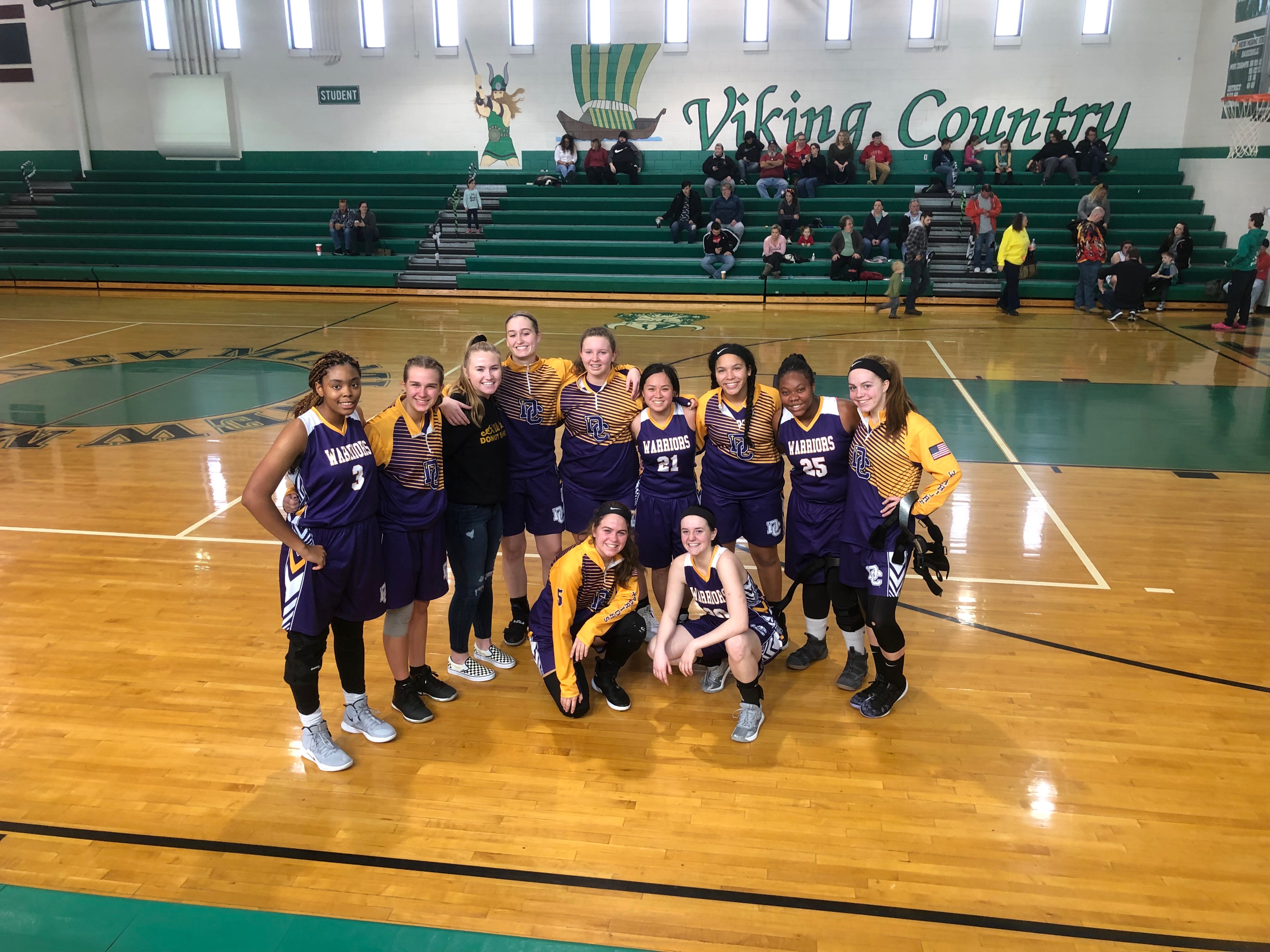 The Dayton Christian Lady Warriors have seen a significant improvement throughout their season and get the win against New Miami 71 – 28. All ten Warriors played equal minutes in the non-conference game as four players scored in double figures and five others got into the scoring column. The Warriors opened up the first quarter with a 27 – 8 lead and continued this scoring trend throughout the rest of the game. Junior Camryn Collinsworth lead all scorers with 25 points. Three other Lady Warriors scored in double figures with the following points: Junior Destiny Rome 13 points, freshman Alena Seaquist 11 points and Sophomore Kayla Ogburn 10 points.

As the OHSAA Divisional IV Sectional Tournament begins next week, the Lady Warriors are scheduled to play at 2:00 on Saturday, February 16th vs. #3 Seed Franklin-Monroe @Brookville High School.