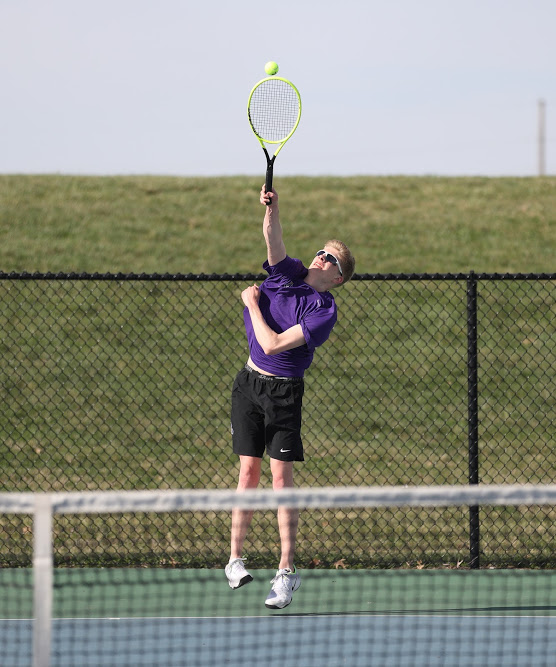 The Warriors varsity tennis team hosted the Alter Knights last Wednesday in another highly anticipated matchup between two ranked Division II MVTCA teams. #4 Alter came into the match looking for a win, after DC upset them back in 2019. #5 Dayton Christian was seeking another big victory to solidify their new ranking after the upset of #2 MVS a week ago and to better prepare themselves for the upcoming OHSAA state tournament. Both teams and coaches knew the competition would be stiff and all players were up to the challenge!

#1 singles, Silas Thompson had an epic battle narrowly winning the first set. Thompson lost the second set in a tiebreaker, and then a weather delay caused the match to be postponed and finished on Saturday afternoon. Thompson won the rain delayed third set on Saturday to defeat Ethan Paul, 7-5, 6-7, 6-3.

The DC Warriors 3-2 victory over the Alter Knights, was the second time EVER in as many years. The first ever win for DC over Alter came back in 2019, as COVID unfortunately cancelled the 2020 season. The Warriors (13-2) will play three more regular season matches before they begin OHSAA state tournament play on May 11 at Centerville.