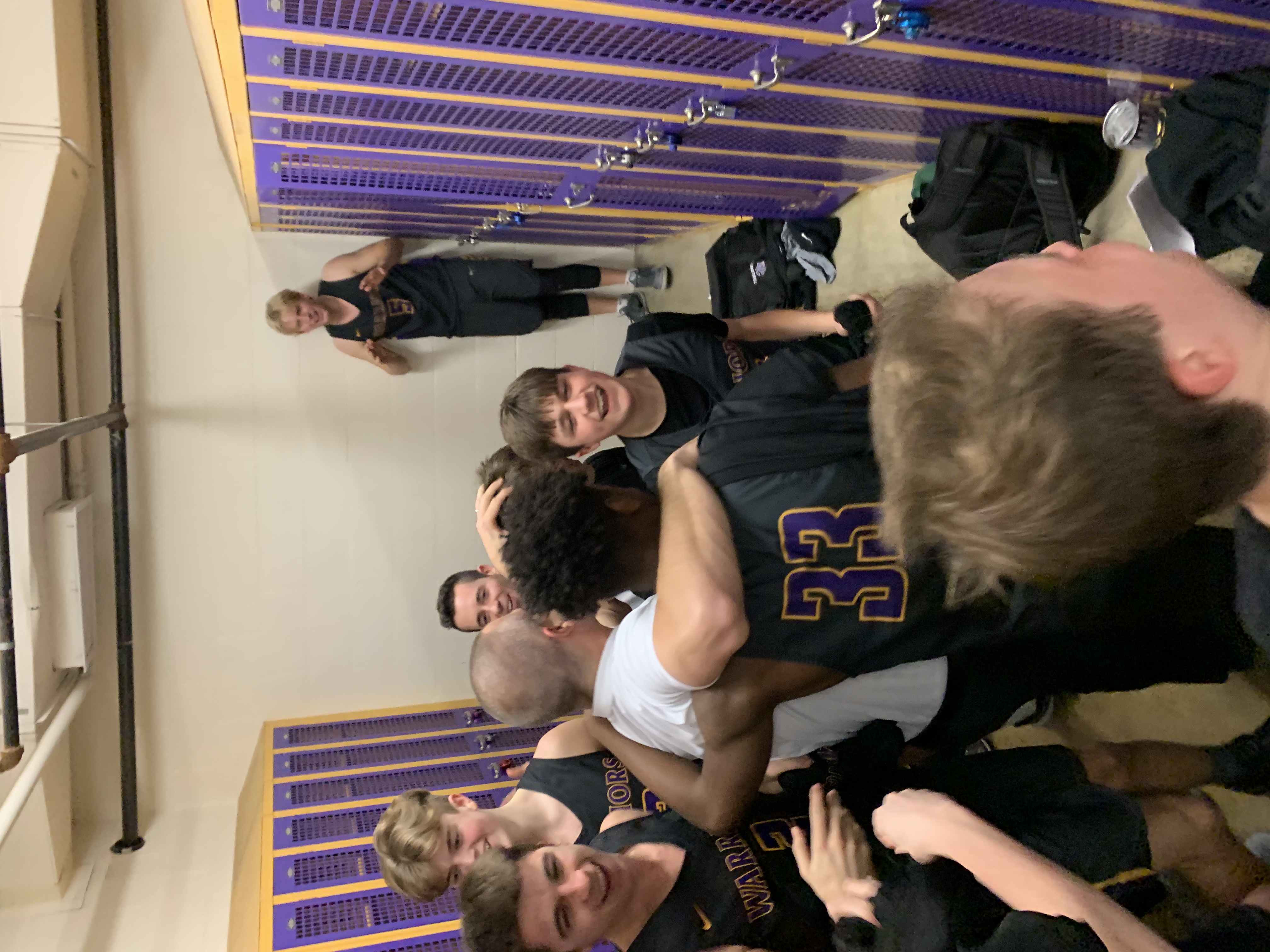 The 15 seed DC boys varsity basketball team traveled to Vandalia Butler Tuesday evening to take on the 5th seeded Rams of Greeneview in the opening round of the OHSAA State Tournament. The Warriors jumped out to an early lead only to see it quickly evaporate as the Rams found some rhythm late in the opening quarter to take an 11-7 advantage after one. Jon Welker came off the bench scoring 6 points in the second quarter as the Warriors regained some momentum cutting the Rams lead to one, 20-19 at the half. The Warriors came out strong after the break, quickly taking the lead and maintaining it for most of the third quarter but once again the Rams snatched back a one point lead 30-29 as the teams played an even third quarter. The Rams had an opportunity to open up their lead early in the final quarter, but could not capitalize from the free throw line. The Warriors defense continued to frustrate the Rams denying them good looks and forcing them into contested missed shots. With just over 2 and half minutes to play the Warriors finally took the lead for good. Jake Deason, Devin Dreier, and Isaiah Edwards all made free throws down the stretch as 7 of the Warriors 11 fourth quarter points came from the charity stripe. It wasn’t pretty by any means but in the end DC gets the 40-38 victory to move on to the next round. Edwards led the scoring for DC with 8 of his team high 13 points coming in the second half. Dreier was a monster on the boards pulling down a game high 11 defensive rebounds which was key to limiting the Rams second chance scoring opportunities. The Warriors advance to the second round of the state tournament where they will face the 8th seeded Preble Shawnee Indians on Tuesday 2/25 at Vandalia Butler High School. Tip-off is 6PM. Go Warriors!