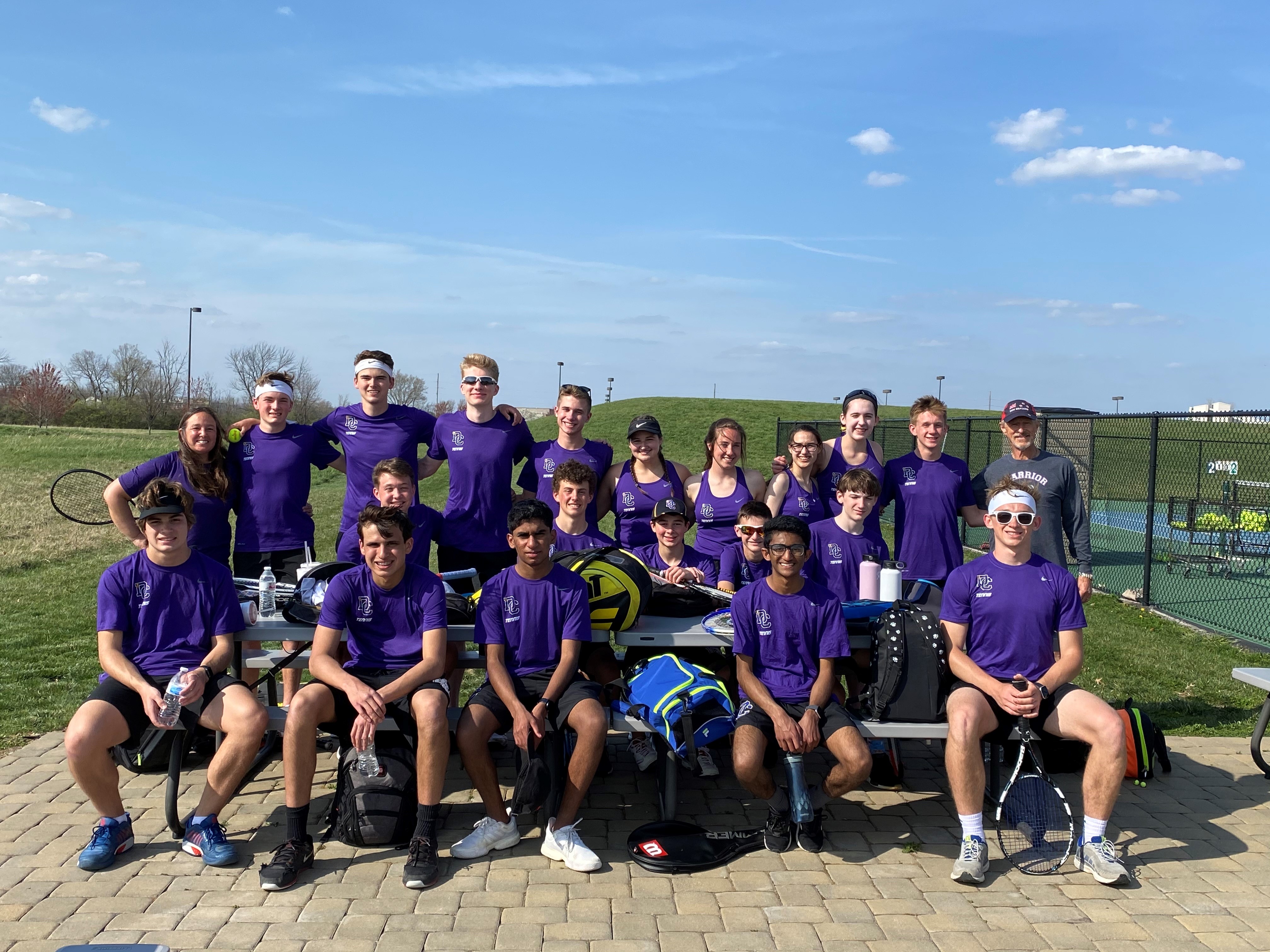 The varsity tennis team hosted Dayton Stivers on Tuesday night, following the Easter Break. The match started later than expected due to a transportation delay; but the delay was actually a blessing as the afternoon gale winds had time to die down. The Warriors experience was the difference in the contest, as DC defeated Stivers, 5-0.

Drew Keenan and Nathaniel Matthews played their first varsity match at #2 doubles and looked like veterans as they cruised to a straight set: 6-0, 6-0 victory! At #1 doubles, Ethan Withers and Rowan Calfee, also won in straight sets 6-0, 6-0!

The win brings DC to a regular season record of 4-0 on the young season! The tennis team will travel to Legacy Christian on Thursday night (4/8) for an important conference match. The tennis match will begin at 4:00pm at LCA. Go Warriors!