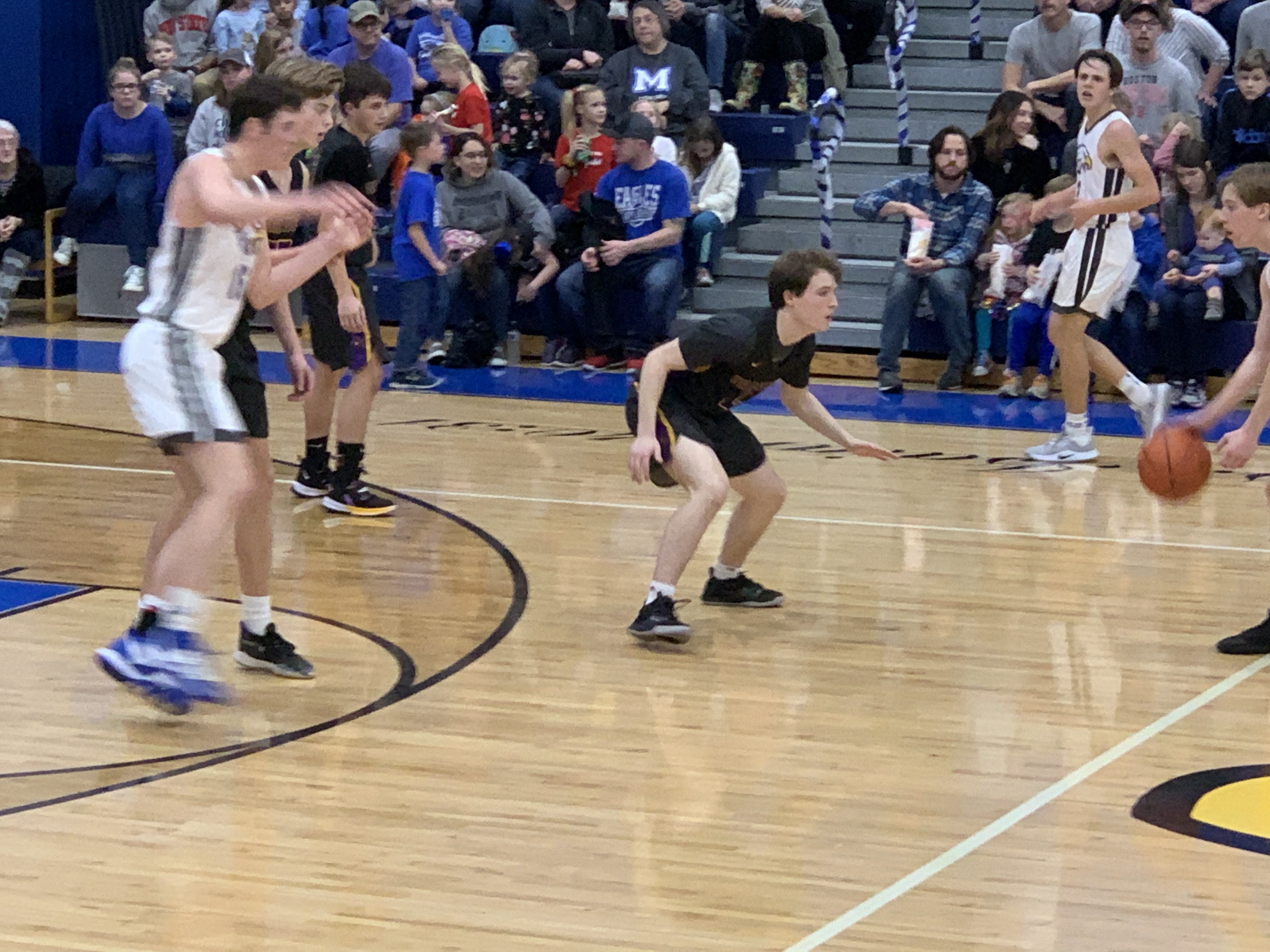 The Dayton Christian varsity boys basketball team started the game strong and ground out a convincing 55-36 road win over a spirited Middletown Christian team. The Warriors persevered and held their composure despite a somewhat “chippy” contest from the Eagles. Isaiah Edwards led the Warriors in scoring with 16 points despite having to exit the game early in the 4th quarter due to an abdomen injury. Devin Dreier earned player of the game honors finishing the game with a double-double, pulling down 18 rebounds and scoring 15 points. The conference win coupled with Troy Christian’s loss to Emmanuel Christian puts the Warriors (6-1) in a three way tie on top of the Metro Buckeye Conference standings with those 2 teams. The Warriors will look to improve on their 7-3 overall record as they host D3 foe Dixie Saturday night 7:30 PM at the Warrior Center. It will be Military Appreciation night as those in the DC family who have served our country will be honored. Go Warriors!!!