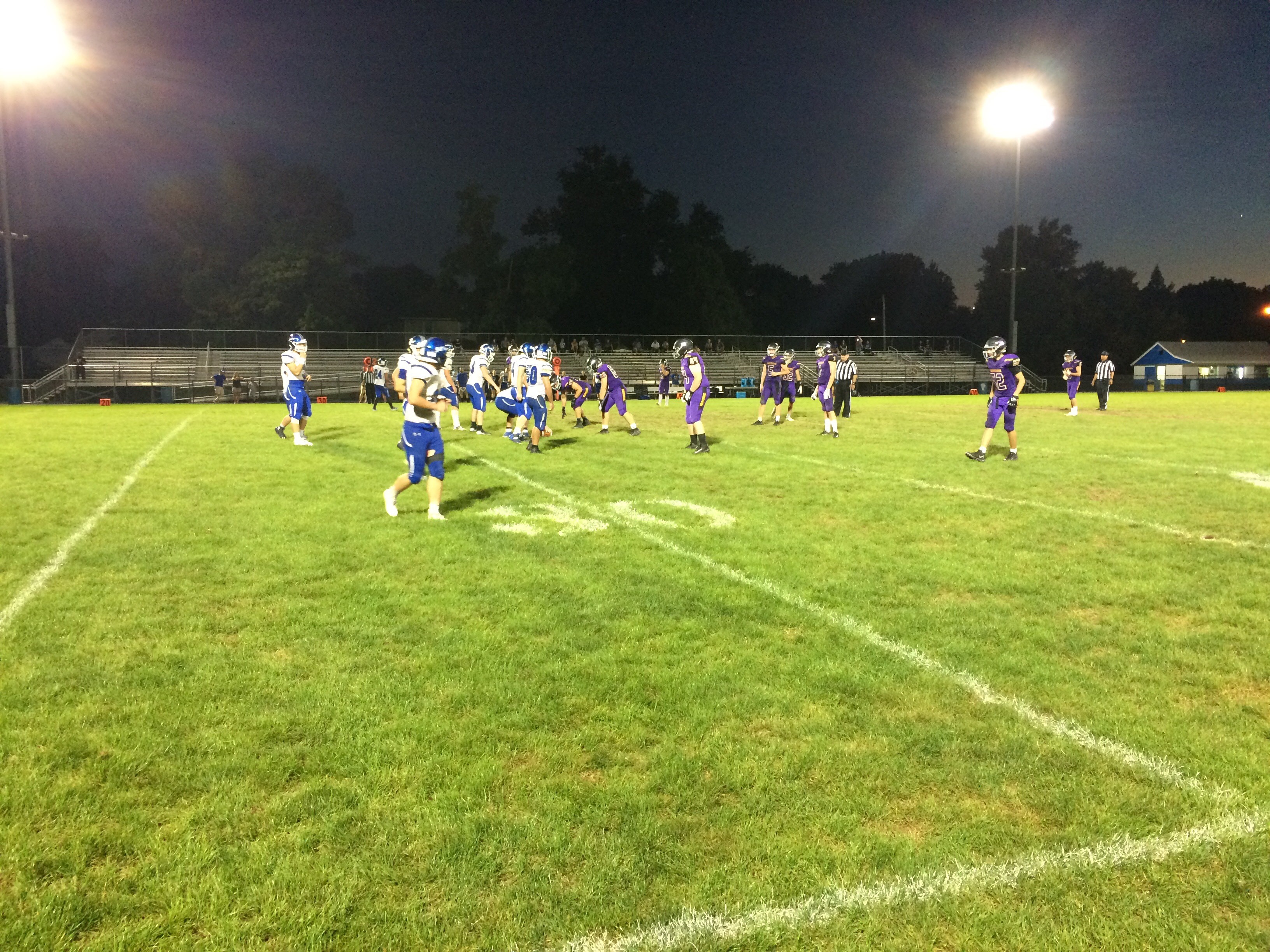 Warriors score quickly in the 1st quarter, with a 18-yard TD pass from Seth Griswold to Sam Jackson; but then don’t pull away from the Bulldogs until late in the 4th when the Warriors score three times.

Griswold runs for two TD runs of 8 yards and 36 yards respectively. Ethan Powell puts the final points on the board for the Warriors, with a 25 yard scamper after a Bulldog turnover. The Warrriors were without their starting kicker tonight, Sam Reid, as he was in Toledo playing in a key soccer game, so the Warriors had to attempt 2-point conversions after each score.

Overall, the game was a defensive struggle, with many changes of possession.Total time of possession between both teams was close, but favored the Warriors 25:51 to 22:09. The Warriors controlled the chains and kept drives going with 20 first downs throughout the contest.

Crestline had three turnovers, that kept them from putting points on the board. Total rushing yards favored the Warriors 262-200; and the Warriors total passing yards was also double what the Bulldogs could muster: 80-40.

Luke Miller and Sam Jackson each recorded a sack, and Jackson lead the Warriors with seven total defensive tackles.

The Warriors are on the road next Friday, Sept. 21 vs. Jefferson- kickoff is at 7:00pm EST. Warrior and Bulldog Fans can re-listen to tonight’s game, which was broadcasted online, by the Gem City Sports Network. Visit: www.gemcitysports.com.