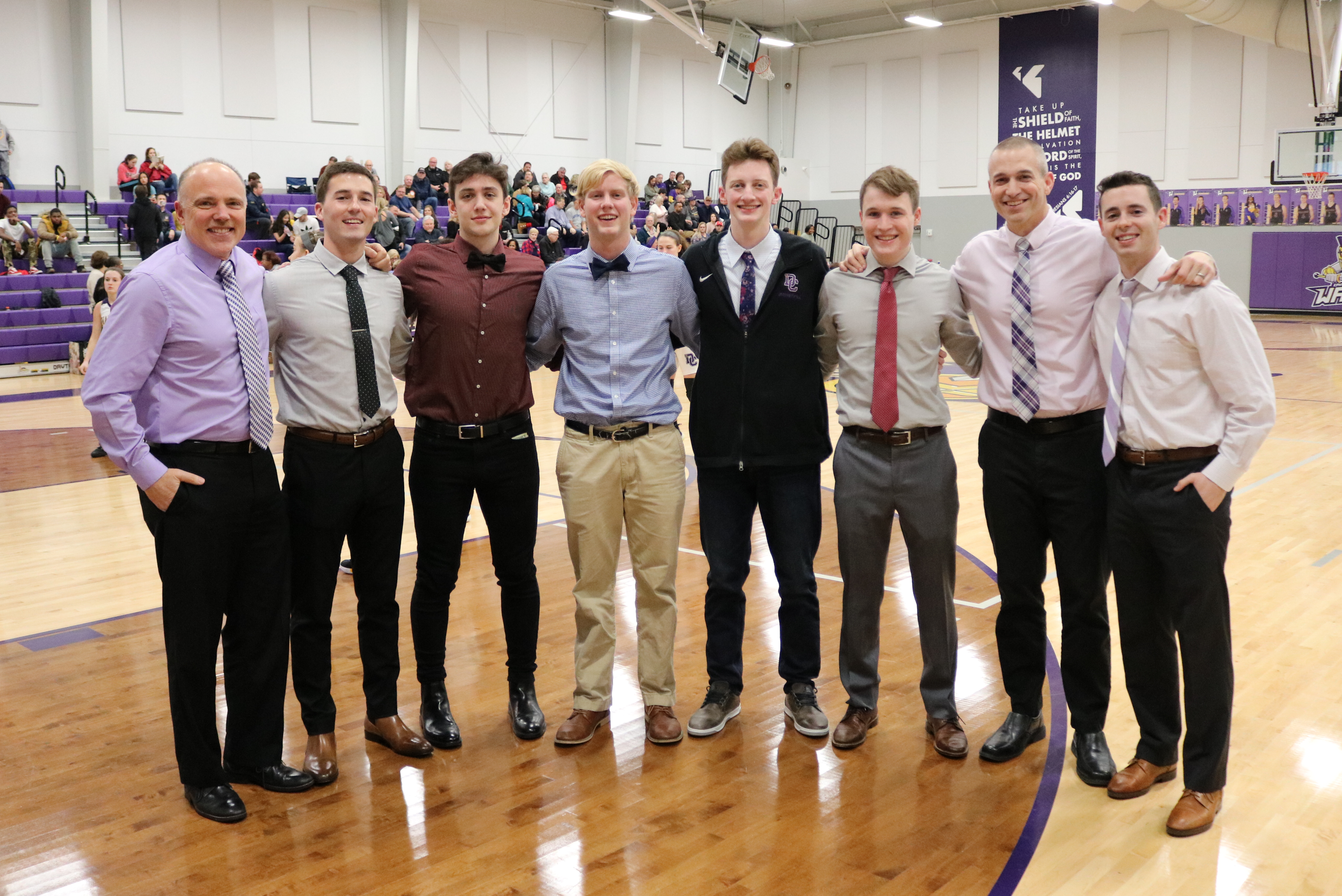 A big crowd gathered Saturday evening for Senior Night at the Warrior Center to honor the Senior winter athletes prior to tip-off of the boys varsity basketball contest against Miami Valley. Seniors Seth Griswold, Jon Welker, Bryce Shick and Luke Thompson were all recognized. The seniors along with their underclassmen teammates did not disappoint Warrior Nation as they used a huge second half effort to beat the Rams 61-38. For the second game in a row, nine Warriors put points on the board. Scoring was led by Devin Dreier, Isaiah Edwards, and Brady Woodall with 11 points each followed by Griswold (7), Shick (7), Welker (6), Evan Demoray (3), Jake Deason (3) and Thompson (2). The Warriors improve to 10-3 in conference play and 12-8 overall. Next up the Warriors will travel to Seven Hills to take on the Stingers Tuesday night at 7PM. Go Warriors!!!